Learn how to pause and resume a TestCoroutineDispatcher

This article is about how we unit tested two consecutive LiveData emissions by pausing and resuming the CoroutineDispatcher of a Coroutine in the open-source Plaid application.

Don’t forget to check out the Good Practices section at the end of the article to make your tests accurate, fast and reliable.

We wanted to test two consecutive LiveData emissions (one of those executed in a coroutine) but it wasn’t possible since we used to inject Dispatchers.Unconfined that executed all coroutines immediately. Because of this, by the time we could assert the emissions in the unit test, the first LiveData emission was missed and we could only check the second emission. More details to follow:

On the Dribbble (one of Plaid’s data sources) details screen, we wanted to show the screen as quickly as possible, but some elements could take some time to process before presenting (due to lazily formatting markdown into Spannables). To solve this we decided to rapidly emit a simplified version of the UI state, then kick off a background operation to produce the processed version and then emit it. 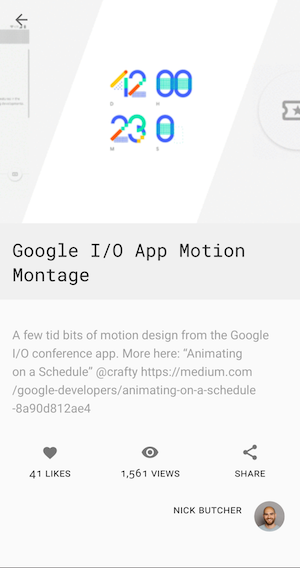 For this, we use LiveData and Coroutines: LiveData for UI communication and Coroutines to perform operations off the main thread. When the ViewModel starts, we emit a basic UI model to the LiveData the UI observes. Then, we call the CreateShotUiModel use case that moves execution to the background and creates the complete UI model. When the use case finishes, the ViewModel emits the complete UI model to the same LiveData as before. This can be seen in the code below:

Plaid uses a class called CoroutinesDispatcherProvider to inject coroutine Dispatchers to classes that work with coroutines.

LiveData only holds the last value it receives. To test the content of a LiveData in tests, we use the LiveData.getOrAwaitValue() extension function.

The following unit test with our requirements fails:

How can we test this behavior?

With an injected instance of TestCoroutineDispatcher, we can control when the coroutines start executing. The test logic is the following:

See the difference between the injected CoroutinesDispatcherProvider in tests here.

Disclaimer 2: To avoid having to set up and tear down a TestCoroutineDispatcher every test, you can use this JUnit test rule as used in other tests.

There are other approaches you could choose to solve this problem. We chose the one that we thought it was the best when we faced this issue since it did not require changing the application code.

And the Good Practices

To make your tests accurate, fast and reliable, you should:

We couldn’t have solved the problem if Dispatchers weren’t injected into the ViewModel allowing us to use a TestCoroutineDispatcher in tests.

As a good practice, always inject Dispatchers to those classes that use them. You shouldn’t use the predefined Dispatchers that come with the coroutines library (e.g. Dispatchers.IO) in your classes directly since it makes testing more difficult, pass them as a dependency.

Seeing those used directly in any class is a code smell as seen in the code below:

Talking about AAC ViewModels specifically and the usage of viewModelScope that defaults to Dispatchers.Main, since the viewModelScope code cannot be changed, instead of injecting it, you need to override it. We do it by using this JUnit rule with the same TestCoroutineDispatcher instance that gets injected in the other classes, see an example here. To know more about this, read this article about viewModelScope.

You can also inject Dispatchers.Unconfined for testing if you want to execute the code inside coroutines synchronously (kotlinx-coroutines currently uses it for tests). However, Unconfined gives you less flexibility than a TestCoroutineDispatcher: you cannot pause Unconfined and it’s limited to immediate dispatch.

It will also break assumptions and timings for code that use different dispatchers. This is more notable when testing parallel computations, for example, they’ll be executed in the other they’re written and you cannot test the different permutations of those computations finishing at different times.

Both Unconfined and TestCoroutineDispatcher explicitly avoid parallel execution. However, TestCoroutineDispatcher gives you some more control over the ordering of concurrent execution in paused mode, but it’s not sufficient — by itself — to test every permutation. Regular testing advice would apply here, you’d need to design the code with testability in mind if you’re doing complex concurrency behavior.

For more best practices about testing LiveData, check out Jose Alcerreca’s post about this.